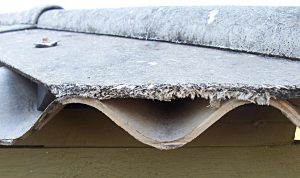 Asbestos fibers are roughly around .02 the diameter of a human hair, they are microscopic and as such they are inhaled easily. Once the fibers have been inhaled, they cling to the respiratory system; this includes the inner cavity tissue and the lining of the lungs. Because asbestos fibers are typically quite rigid; they lodge in the respiratory system and are not easily broken down by the body or expelled.

In some capacity, due to the extensive use of the mineral in industrial, commercial and even domestic products, hundreds and thousands of people were exposed to it. There is not a single type of asbestos that is safe nor is there a safe level of exposure. Nearly everyone who has ever been exposed to asbestos is potentially at risk of respiratory health complications that are quite serious. This can include people living at home or working in office jobs where asbestos has been exposed, perhaps during maintenance or renovations, allowing fibers to escape to the air.

Although exposure to asbestos is hazardous, not every asbestos product is inherently hazardous. Because asbestos has to be inhaled to form a health risk, a true hazard is represented only by asbestos found in the air supply, a condition that is known as friable, or loose asbestos fibers. Stable asbestos compounds, such as tiles, intact cement, or other products, generally are not an immediate hazard.

Mesothelioma is a type of lung cancer linked to asbestos exposure. If you believe that you have been exposed to asbestos in some way or another, it is important to report it and seek immediate medical evaluation. If you are, or think you are, suffering from this, you may find some help on mesothelioma and symptoms on this site (opens on a different site).